Lakshmi woke up 30 mins earlier than her usual i.e. five in the morning. And why not! It’s a special day in her life, after all. Raaju, her husband, had demanded for ‘Fish Korma’ to be prepared last night. Maybe it is the first time he demanded for something specific to eat in their one year long marriage. Rather maybe it was the first time they had a real conversation because of ‘Fish Korma’. Her shy nature in reflection to the typical indignant nature of Raaju, resulted in her spending most of her time in household chores. But, when Raaju demanded for a particular delicacy to be prepared, Lakshmi knew it was her chance to bridge the gap between them. After all, she had been trained well in the domestic dynamics by her mother. She understood very well that the route to a man’s heart goes through his tummy.

The day for Raaju started as usual. He left for the Tehsildar office i.e. the corner building in Banram village, sharp at nine. He was a man of bigoted principles and didn’t like even the slightest of deviation from his daily routine. All hours of his day had their specific purpose assigned to them. Lakshmi dialed up Chhoti Maasi, as soon as Raaju left for office. Choti Maasi was renowned in the Sahu family circle for possessing the best hands for food. Lakshmi noted down the steps involved in it cautiously as directed by Maasi, double checking them so that nothing was missed out.

And the preparation for the delicacy began. Diligently following all the steps as directed by Maasi, step by step, the ‘Fish Korma’ was finally ready. The aroma of it filled up the air of the whole house. Lakshmi was quite proud of what she was able to achieve. Afterall being the youngest, she never cooked at home.  And it’s only once her marriage was fixed, she was exposed to daily routines of household chores by her mother.
“Is there anything special cooking today, Ma?”, her father-in-law asked with a smile.
Lakshmi chuckled and went running inside her room, waiting for Raaju to come for lunch, lost in her own world. It was indeed a happy day for Lakshmi.

Raaju came back sharp at 13 05 hrs. Seeing him Lakshmi smiled.
“It smells good”, Raaju said while maintaining his stoic expression. She was excited herself to showcase what she was able to accomplish and went inside the kitchen to serve him the food.

As soon as she entered the kitchen, she was bewildered to find a cat next to the kadhai having ‘Fish Korma’ in it. She jumped inside after it to shoo it away but the cat was swift enough to take a piece of fish and flee out via the window of the kitchen.
She started shivering in horror as she got reminded of the last instance when the lunch was delayed and the way Raaju’s wrath was showered upon her for days.
“It’s necessary to keep the women of the house disciplined” is what he had said when his mother had tried to intervene.
She stood there confused, lost in her thoughts. She certainly didn’t want the beating again.
“Why is it taking so long!”, Raaju shouted from the veranda. It shook Lakshmi from her seizure and brought her back to life. And she started serving the food but the ‘Fish korma’ as if she had gone on auto-pilot mode; serving it the best way possible.
“Where is ‘Fish Korma’?”Raaju raised his voice puzzled seeing his thali missing it.
“It’s… it’s…” Her father-in-law cut in before Lakshmi could confess.
“Keep your temper in check Raaju. Bahu, you go Ma. Bring it.”
Lakshmi nodded and went inside the kitchen. Having no other option left, she asked Lord Shiva for his forgiveness for this one time, before serving the ‘Fish Korma’ to Raaju garnished with coriander leaves.

The rest of the day passed by in a fizzy for Lakshmi. The household chores kept her busy. Raaju came back from office at seven as usual. But, he had brought a gift for Lakshmi this time; a red shawl. Looking at Lakshmi he smiled and said,
“How about Paneer Kofta tomorrow?”

A humanist, Non-conformist who likes to see the world as half full. A seeker who is yet find all his answers. View all posts by buddingb 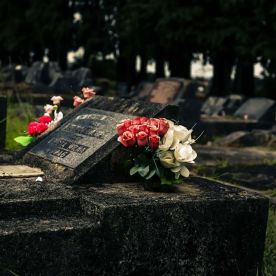 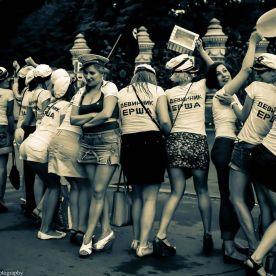